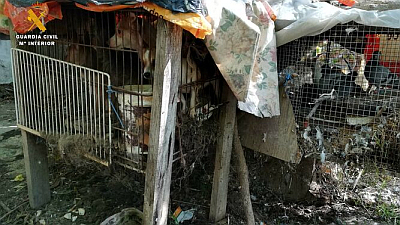 The Podenco occurs throughout the Spanish territory, although there is a difference to the extent where the different types of Podenco are used in a certain region. The Podenco Ibicenco is most commonly used in the region that descents of the Balearic Islands, in addition to Catalonia and Valencia and as part of a Rehala, also on a smaller scale in all of Spain. The Podenco Andaluz is the most popular hunting dog in Spain, most commonly used in the South and along the Levantine Coast and as the core of the Rehala. The Xarnago Valenciano, most common in Valencia, Southern Catalonia, East of Aragon, Cuenca and Albacete and the Southeast of Andalusia. The Podenco Canario is the hunting dog of the Canary Islands and is also used for hunting throughout all of Spain. The Podenco Paternino, originating from Huelva, is part of a Rehala and is found in Andalusia, Aragon, Catalonia, Extremadura and Castilla La Mancha. The Podenco Maneto originating from Andalusia is used in many regions of Spain. The Podenco Gallego is widely spread all over Galicia, but mostly in provinces like Pontevedra and Ourense.

More than 1,5 million hunters with a license is a huge amount of hunters. Of course I have made inquiries at the Ministry of Agriculture and Fisheries whether the calculation is correct.

Directorate General for Rural Development and Forest Policy, Ministry of Agriculture and Fisheries:

“In principle, the calculation you have made is correct, although it has to be taken into account that many of the licenses that are in effect at the beginning of the year, are measured, will no longer be valid by the passing of the months. In other words, it’s usual to renew the license before it expires, so during this short period the two licenses are valid. This fact reduces the number of hunters that practice the activity during the year considerably. We have not made the full calculation of the number of people in this situation, but based on the number multi-year licenses (who are becoming less available) we estimate that the number of hunters throughout the year doesn’t go over a million.

Such a reaction by the Spanish Government was to be expected. Constantly everything that concerns hunting is weakened and trivialized. Currently (2017) the same hunting licenses are still being issued in different regions as in 2013, which are valid for 1,2,3, or 5 years. 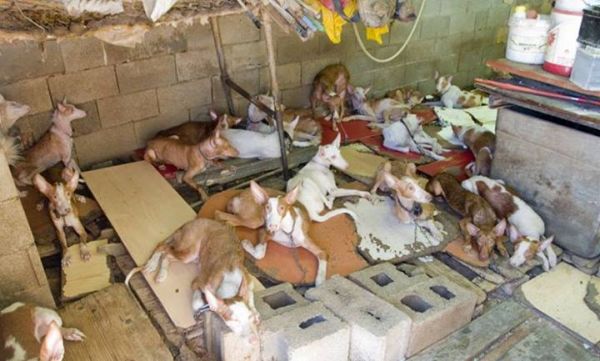 Over half a million duplications of hunting licenses per year is not real. The actual number of hunters are for sure over one million. In a publication by the government of Extremadura is reported that there are about 90.000 hunting licenses in force in this region, which corresponds to the number of issued licenses 54.461 (expedidas) + the still valid licenses 40.157 (vigentes). Andalusia has in 2013 a higher number of licenses still valid from previous years (558.285), than in 2013
provided (252.779). This means that there were at least 558.285 hunting licenses valid in Andalusia in 2013. This brings the total number of hunting licenses in Spain in 2013 to at least 1.1 million, for the following years the same applies. You can imagine what this means for the number of hunting dogs used by all these hunters, as 90% of the hunters hunt with dogs, it would be about 4 million hunting dogs in the hands of hunters.

According to estimates by the Oficina Nacional de la Caza (ONC), last year the hunting sector generated more than 5.000 million euros and 54.000 jobs per year, and includes directly or indirectly, five million people. It is one of the most important pillars of the economy of the rural areas in Spain.

Podencos per region follows in Part 3