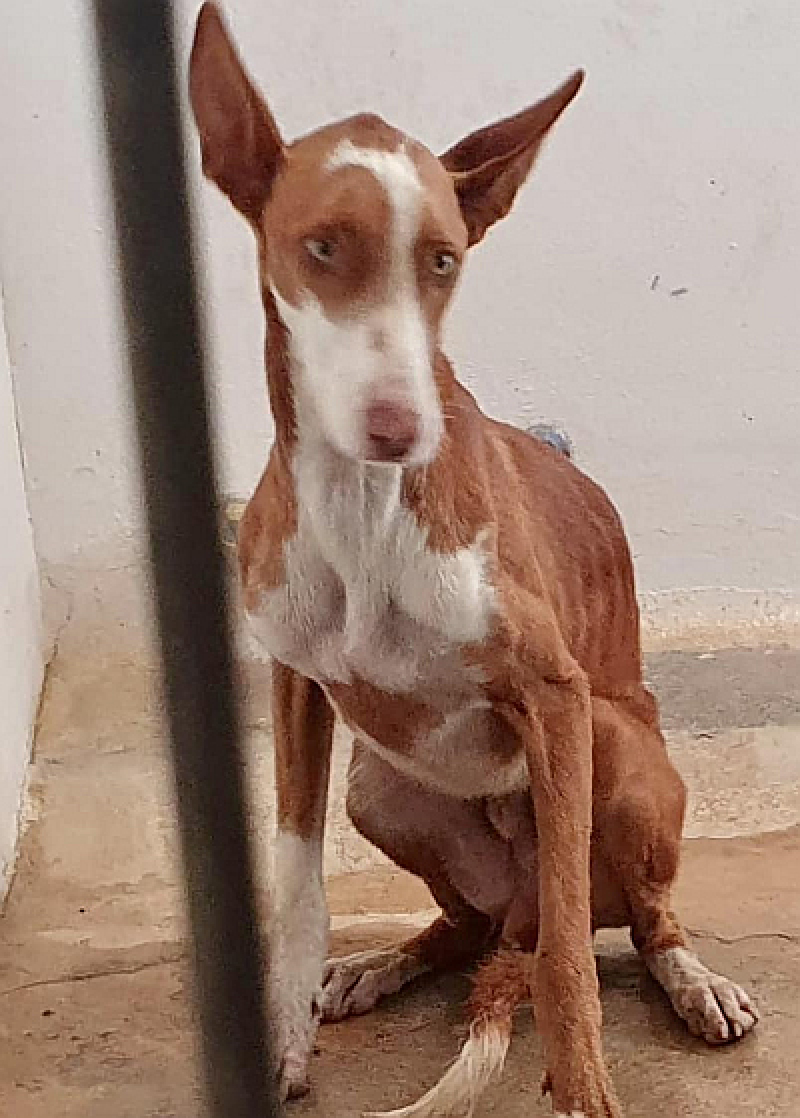 From Bev Farmer - as ever, always there for the podencos.

Rory .. new arrival this week. A big Podenco Ibicenco that is pitifully thin and very frightened. He’s been in a perrera since
22nd September and the volunteers have managed to get him out for walks and spend some time with him.

He is about 2 years old and this photo does not reflect what poor condition he is in. Give him a couple of days to get over the transport then take him to our vets for tests health checks etc.

You see… there are people who claim Podencos don’t get abused … I say - look at this beautiful soul, what did he do so wrong to be treated so badly .. it will take months to get him back to good health.'

Also new to the shelter this week is Bimba...

Bimba the “puppy” also arrived this week. 5 months old and bigger than Brisa .. 12 hours later after her arrival she just crashed out! She’s counter surfed, sofa surfed, bed surfed. Had a long walk and introduced herself to everyone! Cat Josephine has explained the rules that she is the boss and to be respected.

All in all a good first day ..