11 November - remembering all the animals lost in war and service 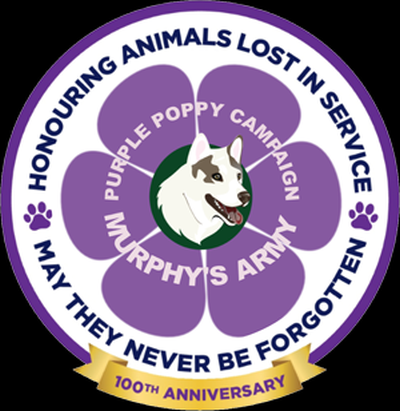 A piece I wrote for 11th November - Remembrance Day

They had no choice – no ‘Your Country Needs You’ posters because animals can’t read. Since time immemorial horses have been used in battle, probably pulling chariots followed from around 900 BC by warriors on horseback. Asian warriors were among the first mounted archers and fighters. In the Middle Ages, knights and horses wore weighty steel armour, hence the breeding of the heavy horses - Clydesdale, Shire, Percheron and Friesan horses.

By the time of the First World War, horses, donkeys and mules were needed to move supplies, equipment, guns and ammunition. Over 16 million animals in all, including mounted camels in desert campaigns, dogs and pigeons to carry messages, canaries to detect poisonous gas, cats and dogs to hunt rats in trenches. Unbelievably even monkeys, bears and lions were kept as mascots to raise morale.

The UK countryside was emptied of equines, many of them beloved pets. Transported to ports, hoisted onto ships to cross the Channel before facing the front line, exhaustion, shelling and front-line charges. Over 25,000 transported in the first couple of years of the war. Because the supply constantly needed replenishing, over half a million horses were transported across the Atlantic in horse convoys – around 1,000 horses sent from the US by ship every day. German saboteurs even tried poisoning them before they started the journey.

Over 8 million equines died in World War 1. They none of them had a choice and they all suffered horrendously through starvation, injury – especially caught in barbed wire - and death.

In the Second World war, horses, mules and dogs worked with soldiers on patrol missions in Europe, carrying food, weapons and men of infantry units. More than 200,000 pigeons served in this war, carrying messages over long distances at a mile a minute, struggling through all weathers, exhausted and sometimes wounded. Dogs were used as guard dogs, medic dogs – carrying first aid packs and searching out wounded soldiers – carrying messages along the battlefield – and providing comfort to soldiers – a role they still play today.

Dogs are the most used animals in modern warfare, for detecting landmines, explosives, tracking, patrol, search and rescue. Police forces use them for tracking offenders and especially on drugs searches; they have the same use in prisons. A dog’s nose has 300 million olfactory receptors compared with about 6 million in ours and can analyse smells 40 times greater than us. There isn’t even a man-made instrument as strong as a dog’s nose. Many of these service dogs are injured in the course of duty and retired.

In 1943 Maria Dicken founded the People’s Dispensary for Sick Animals and instituted the PDSA Dickin Medal awarded to animals that have shown considerable gallantry or devotion to duty whilst service in the Armed and Civilian Forces. Ada Cole was horrified by the sight of thousands of horses injured and dying on the battle fields in France and the thousands of horses in the UK transported on exhausting journeys in terrible conditions for slaughter in Europe. So in 1927 she founded the International League for the Protection of Horses to improve conditions in transport and in slaughter houses. I joined the League in my teens and my first pony was a rescue from their centre at Snetterton.

So are all the animals injured and killed in the course of duty remembered on 11th November every year?

Inspired by Jilly Cooper’s book ‘Animals in War’ £1.4 million was raised from public donations to create a fund which in 2004 financed the setting up of a memorial in Hyde Park with the wording ‘This monument is dedicated to all the animals that served alongside British and Allied Forces in wars and campaigns throughout time. They had no choice.’

I personally choose to wear a purple poppy. The purple poppy was created in 2006 by the charity Animal Aid to commemorate animals which served during conflict as it was considered they were the forgotten victims of war. Created to be worn alongside red or white poppies, in 2015 it was replaced with an enamel purple paw badge, all funds raised going to the charity.

2016 saw the launch of Murphy’s Army Purple Poppy Campaign to encourage the public to remember the many animals lost in Service and who serve us today. Over the years, the Campaigns have raised from than £75,000 for its chosen causes, including over £30,000 in 2021.

This year they are supporting the National Foundation for Retired Service Animals including those from the police, fire and prison services, whether with their work partners or families who have adopted a retired service animal, which includes horses as well as dogs. Once retired, their keep and especially vet bills are not funded by the Services.

Hero Paws – Life After Service is another charity being supported this year which helps working dogs from Military and Police to civilian sectors such as HM Prisons, Security, Conservation and Search and Rescue roles, the latter often voluntary organisations.

Wear a Purple Poppy – Lest We Forget

Beryl Brennan on 11 November 2022 in In the media, Regional news | Permalink