Podencos - a most loyal breed 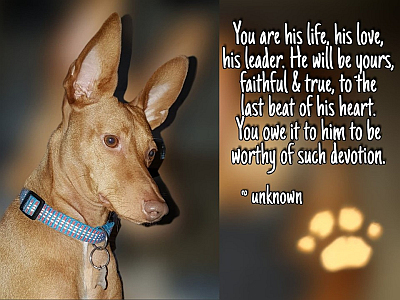 Regular readers will know that in December last year I adopted a very timid 8 year old podenca called Rosely. It's been a long journey introducing her to the outside world away from breeding babies for a Spanish hunter.

She follows me everywhere - literally! - but is getting over her separation anxiety, with her housemate blind podenco Bo. She sleeps on her bed at the side of mine every night, nowadays she's usually there before me! Until last night. My other half was out at an evening meeting and she refused to come to bed until he returned, barking a welcome on his arrival.

So I joked with him that in future he'd better not be too late, because instead of his wife waiting up for him, it will be her dog!!