From Spain to Wales - 2 happy podencos 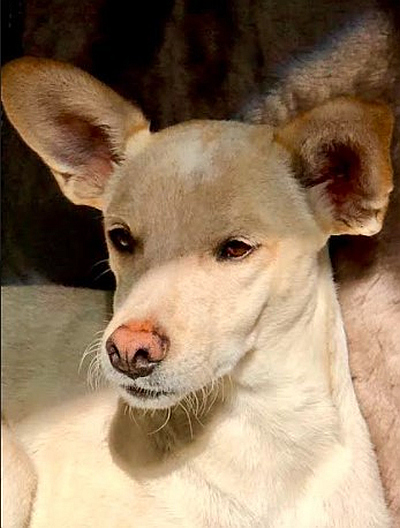 Dave Owen lives in Wales, UK, and has 2 adopted podencos. He's busy writing a story featuring a podenco but, in the meantime, he has sent us this story of his podencos and how he came to adopt them.

'Not long got back from walking the dogs on the beach, Maude loves to chase her ball and when it’s warm enough she enjoys swimming.

Edith on the other hand isn’t keen on water but does have a tentative paddle with Spook her westie friend. We have only recently considered it safe enough for her to be let off her lead because she doesn’t have a focus like Maude and is more interested in the massive rabbit population located in the sand dunes but she’s not allowed in them because of the adders. She does chase the rabbits in the garden but they have escape routes which are always kept open.

She is a beautiful, beautiful girl and has brought us so much happiness following the sad death of Lily my Parsons Russell who I had in 2010 from Dog’s Trust. It was all meant to be and we truly believe Edith was sent to us, which in turn allowed us to rescue her daughter.

Edith was originally named Jasmine by her fosterer in Spain, which means 'gift from god'. Says it all really but we renamed her after Saint Edith of Polesworth, Warwickshire. Known as Edith, Editha or Ealdgyth an obscure Anglo-Saxon abbess whose shrine is at St Editha's church, Tamworth.

You may wonder why name a dog after an obscure Anglo Saxon abbess but there is a very good reason. We visited this particular church in Tamworth some weeks before losing Lily and were made so welcome and it just seemed right. So she became Edith, some kind of intervention perhaps? I am at a loss to explain. Plus the fact she now has a solid English name and has left her desperate life in Spain behind. 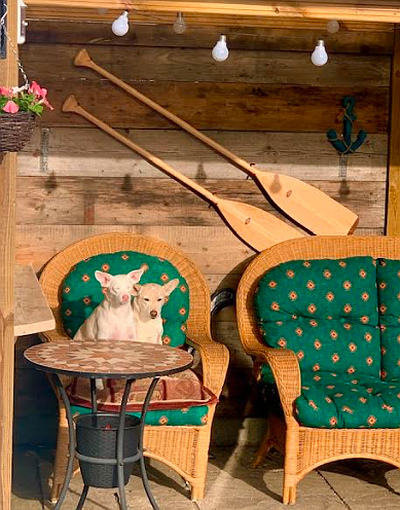 Maude was called Sky by Giovanna (fosterer) because of her colouring but I love the name Maude so she became Maude Sky, such a joy and such a loving little soul.

Interestingly Maude has two brothers, one an identical twin (Ice) and Cooper, they were both rehomed in the UK and our plan was to all meet up. This never happened, the virus Covid came along and plans were scuppered but we do know they went to very loving and caring homes.

Was it chance that we came into contact with Janet Franklin of Paws Patas and Edith had just been handed in to the rescue centre so close to us losing Lily? We don’t think so but we don’t question it that much and just accept how beautiful the experience of knowing her is.