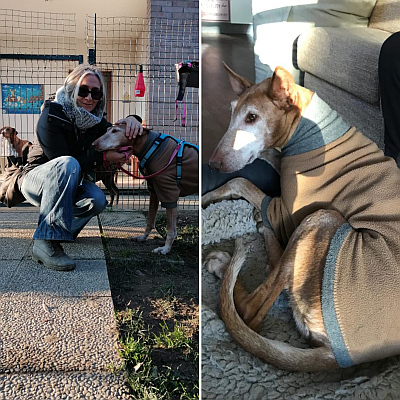 4 years ago Lucky, an old podenco, came to us. We followed him for several weeks and tried to gain his trust and on January 18, 2018 he let himself be caught.

What he didn't realize was that his life would change drastically “ from street life to sweet life “.

Lucky was a vagabond, a loner who had probably roamed the streets for most of his life. He had leishmania, a few months later he also got distemper. But Lucky is a survivor with a huge will to stay alive.

It seems like a fairy tale because someone fell in love with him and last weekend his new family came to pick him up to spend his twilight years in a comfy home.

Beryl Brennan on 23 January 2022 in In the media, Regional news, Rehoming stories | Permalink