On Sunday, August 08 was the first day in which film activity was permitted and several coordinated inspections were conducted with Cabildo Environment staff in the Gran Canaria summit area

The Nature Protection Service (Seprona) of the Civil Guard Command in Las Palmas, in coordination with the Environment agents of the Cabildo de Gran Canaria, have inspected the beginning of the hunting season on August 8 on the island, detecting 21 administrative offenses of which 20 were made due to non-compliance with the Canarian Hunting Law and 01 of them the Canarian Land and Protected Natural Areas Law.

NOWZAD - the animals are out of Afghanistan

NOWZAD,the small animal rescue in Kabul, have left the horror of Afghanistan. They were stuck at the airport but they are out now.

Read the latest on this link.

We like to make sure the dogs who crave company have friends and someone to play with. Those who are nervous can mix with dogs who brim with confidence to help them feel happier and more confident too. Sometimes we all need a role model. So yesterday a new friendship group was formed. Logan has been missing his kennels mates Millie who is now adopted and Whoopi who is recovering from her sterlisation in a foster home.

We decided to introduce Logan, Iris and Kiki. Iris despite being nervous around human men is a queen bee amonga all other dogs and loves their company and they always love her. Kiki is shy and nervous but loves Iris and follows her lead and being with Logan who is super confident with all people could really boost her confidence. Logan loves a lap and a cuddle and a kiss or too.
It was a success Logan investigated Kiki but gave her some space she eventually walked around investigated her environment enjoying some time away from the kennel. Iris found her match with a playmate her and Logan bounced and bounded for a long while it was love at first sight.

NOWZAD - saving the animals in Afghanistan 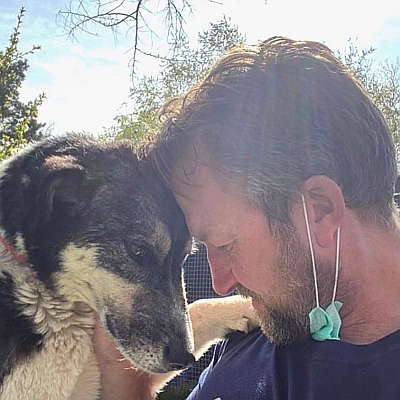 Fingers crossed for today that the animals get out of Afghanistan.

(Explanation by Bev Farmer of Podenco Friends_. We truly hope that by tomorrow morning there is some good news for Nowzad and the evacuation of their team and the dogs and cats

Here is some insight about Nowzad and how it began not just rescuing abandoned dogs and cats from the streets. That the animals of Nowzad are truly life-savers. Many who been reunited with their Veterans from combat have kept their comrade alive, when the black dog of PTSD and depression looms around the corner.
To think these dogs and cats may be euthanised, they are so close to freedom and a better life but certain people are preventing this happening . They include a dozen British embassy cats — such as Mr Grey, Chopsy, Sweep, and Scar — which were dumped by British diplomats.

Those who prevented this flight of freedom will never be forgiven.

My husband has given me permission to share this letter that I want to share far and wide because this is a voice representing thousands and this is what Nowzad means to our veterans (I told you he was so much more eloquent than I am!). Rest well Nowzad army, hoping for better news tomorrow (25/8/2021)

I've only visited Portugal on holiday, I've never been on a rescue so haven't visited any refuges or rescue associations.
Recently I learned about a rescue association in Central Portugal, Louzanimales. This weblink will take you to their website.

This is the story of Louzanimales.

Louzanimales - Association for the Animals of Lousã - was formed by a group of citizens with the mission to defend the rights of animals and, at the same time, reduce the overpopulation of homeless animals in Lousã through sterilization and the development of initiatives that seek their referral for adoption, when their sociability characteristics allow it.

Louzanimales is a 100% voluntary Association, without its own facilities for welcoming animals. It is a group of citizens who offer their contribution to the animal cause. 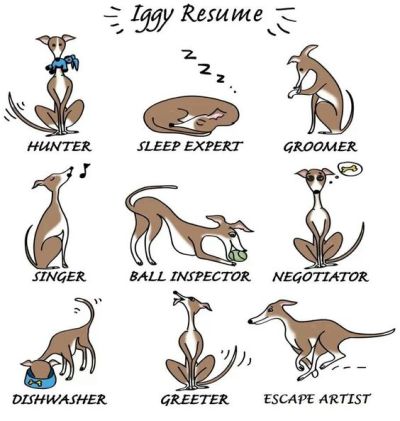 Even though I've been involved in the plight of the podencos since 2007 after my first journey into Spain with the French association L'Europe des Levriers to bring back rescued podencos and galgos for rehoming in France, I'm always learning about them.

Recently I was contacted by a reader whose Podenco has been diagnosed with glaucoma, asking if it could be hereditary. Going on my scant knowledge of glaucoma in humans as my late mother-in-law was a sufferer and her son is regularly tested for the problem, my guess is that this could be an inherited problem.

Researching information on glaucoma in dogs, I came across this website which explains the problem.

Sadly my reader's dog was diagnosed too late to save its sight so be aware that if your dog seems to have conjunctivitis, it should also be tested for glaucoma - treatment early enough can save the dog's sight.

If any other readers have experience of this with their podencos, please share your experience.

Here's an update on the progress and treatment of Lagun, the badly injured podenco left on the roadside.

'Lagun, still in critical condition, came very low in temperature and dehydrated, has been traced back and tested, and we are told that he has eaten a little bit of canita.

If his condition allows he will get more tests as he seems to have broken his hip, apart from arriving with wounds full of worms. (goodness knows how long he's been laying there).

Thanks to the Aimar Clinic team for taking such care of him.

Apologies for the lack of news recently. After losing my 8 year old galgo Polar in April to lymphoma, we then lost 13 year old galgo Bracken at the end of July with a tumour on his lungs which was bleeding, and finally on 7th August I said farewell to my 18 year old little Podenca Andaluz Bebe. She had never lived without at least one canine housemate - over the years she supervised the permanent residents plus several fosters. Although she had the start of dementia, losing her sight and hearing, after losing both galgos she gave up on life. So we have lost our last 3 Spanish dogs in 5 months. It's only in April 2020 we said goodbye to Carmela. It has been a great shock and we are bereft, having lived with dogs all our lives.

We are taking time out to grieve, hence the lack of posts for the last few days. We will foster/adopt again but for the time being we are using the time to visit family and friends around the UK which we haven't seen for a few years.

Pictured below are Bebe, Bracken, Polar and the bottom photo also includes Carmela and French lurcher Floyd who we lost in 2019.

RIP to our beloved Spanish hounds. You took away pieces of our heart but you will live in our memories for ever.

Galgos 112 - saving a Podenco injured and left in the road!

'We got an email asking for desperate help for this poor podenco. Found by some guys who are sightseeing in the county area, in Jaén. He was lying in the middle of the road.

They stopped to pick him up and, not knowing anyone in the area, they called SEPRONA, they told them they would go but they didn't show up, then they went to the local police in Castellar and they did not receive help either. Fearing that he would end up in the kennel despite his condition, after much prayers, they have managed to get police to contact them ′′ someone who cares about helping animals ". Here's how they have been able to get to the store where works Silvia, who is the person who has written to us.
That's how it is, the poor dog wasn't in a position to go back and forth, but nobody except Silvia and these guys has lifted a finger for him!

Gentlemen of the Seprona and Local Police, we remind you that you are to enforce the animal welfare law, some do not show up, others pass without even looking at whether you have chip and be able to warn your owner. Animals are living beings who feel and suffer and this podenco unfortunately has suffered a lot without you lifting a finger!

Continue reading "Galgos 112 - saving a Podenco injured and left in the road!" »