« Podencos in Mogan - some happy ever after homes | Main | Galgos 112 - saving a Podenco injured and left in the road! »

Farewell to Podenca Bebe - the last one standing 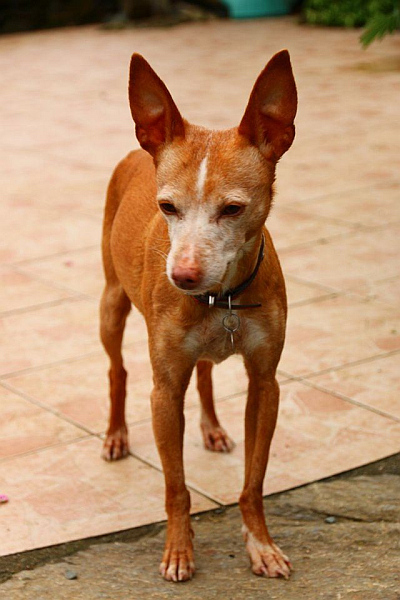 After losing my galgo Polar in April, galgo Bracken a just over a week ago, I had to take little Bebe to the vet on Saturday...her body just gave up on her. She was the last of my Spanish rescue hounds...but she had a good life with us.

Bebe, 7.5kg Podenca Andaluz, was injured on a Seville road back in 2008. Early days for my Podenco Post blog but a young Spanish volunteer with Refuge Sofia Escuela, Marisa, contacted me to publicise for a foster home for Bebe to convalesce after operation. She had named the Podenca Bebe. My daughter's name is Marisa and my nickname at school was Bebe, so of course the little Podenca had to come to me! Booked into my excellent French vet to repair her injury, from the state of her teeth Florence assessed her age as between 4-6 - her teeth were not in a good condition.

The little Podenca joined a family of our French lurcher Floyd and galga Sahara. Foster dogs came and went, and then failed fosters galga Carmela and galgo Bracken joined the family. Bebe was the smallest of them all but had the biggest character and kept them all in check. She won our hearts, snuggling up on our laps, curling up in her bed beside the woodburner, escaping if she could find an open door. No use trying to catch Bebe - her recall was non-existent, we just had to wait for her to come home! Luckily there wasn't much traffic in our village, but there were 3 small fishing lakes and one time I tracked her to swimming in one chasing the geese! Luckily they swam faster than her!

Bebe loved fruit and vegetables. Whenever I was preparing fresh veg, she was by my side, waiting for a piece of courgette, sweet pepper or carrot. At lunchtime she would appear, gently nudging your leg for a piece of satsuma or apple.

She became a star at my fun dog shows when she partnered Ethan in the Junior Handler class, helping him win on 3 occasions!

I never expected her to be the last dog with us - 18years old - Polar was only 8 years old when I lost him to lymphoma in April; then Bracken at 13 years old was diagnosed with a tumour on his lungs which was bleeding and lost him at the beginning of August, and now Bebe just over a week later. She had never lived on her own and losing Bracken hit her hard and she just seemed to lose interest in life during the last week - not eating, staring into space until finally she didn't even get up off her bed.

Both my husband and I have lived all our lives with dogs - suddenly our home is empty! Losing 3 dogs in such a short space of time has hit us very hard and we need time to grieve. So there won't be another 4-legged canine joining our household for a little while. BUT, there will be one - at least!

(Bebe - first photo of her after rescue in Seville) 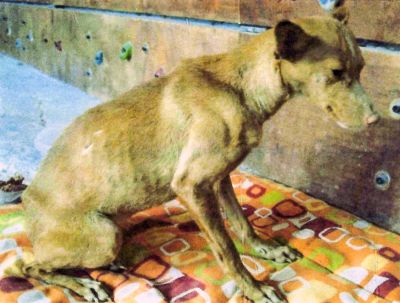 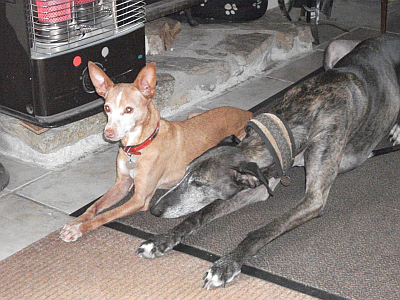 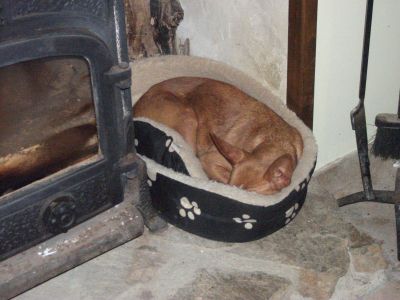 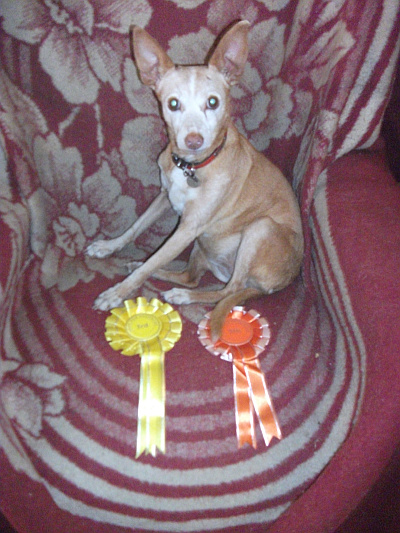 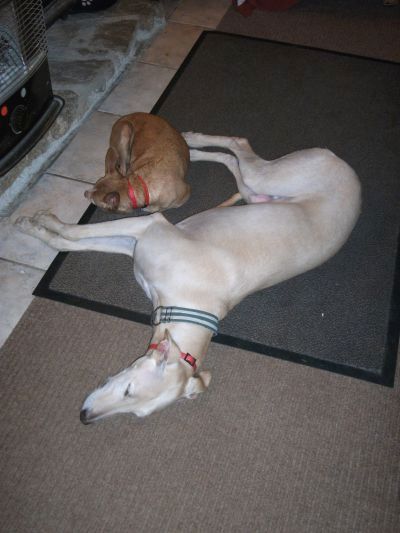 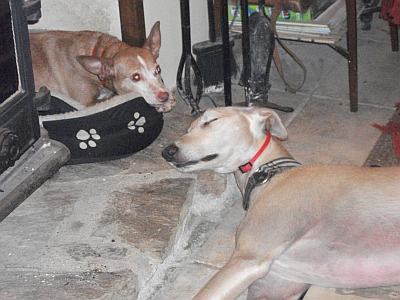 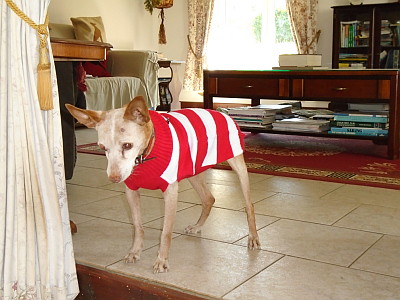 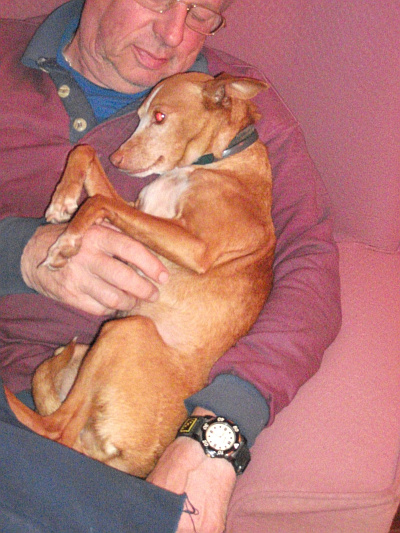 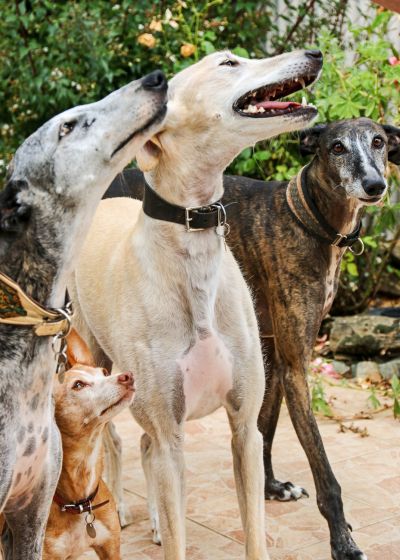