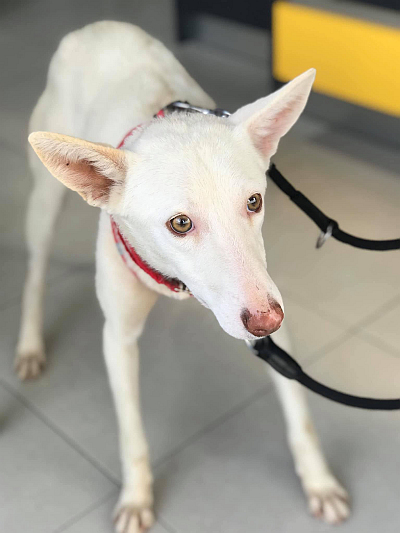 From Sandy at Galgo's Rescue Almeria

Even on Easter no rest for GRA. We received an emergency call if we could take in a little podenca. Spanish people saw her walking on the highway and did not hesitate to get her out of this extremely danger situation. Many thanks Celia and Matias to save her.

Before “ Bimba “ (that’s the name she got) arrived at our shelter she had already received a bath and treatment for fleas/ticks /worms. The vet has now given her a full checkup, vaccinations, chip/passport and bloodtest. Bimba tested negative for all Mediterranean diseases.

Then a day later we received an emergency call that someone was on our way with a podenco. He walked right next to the motorway and the woman managed to put him in her car. He was easily caught, hurt, full of ticks and exhausted as if asking for help.
We gave him the name Multatuli, which means: “ I have suffered much “.

He is now safe and we let him rest for a while so he get used to his new environment.

Next week we’re taking him to the vet for a full checkup.

We already want to thank Helping Animals Almanzora for covering costs of his bloodtest.

Please help GRA with the food, medicines and vet fees, they are a very small shelter relying on donations 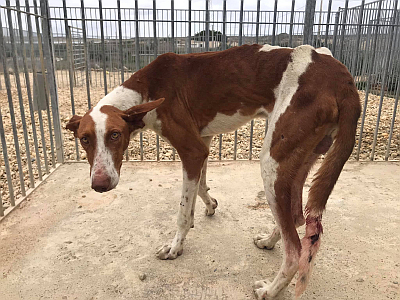 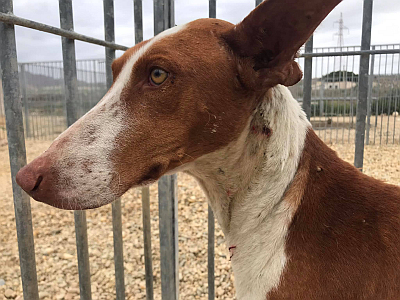