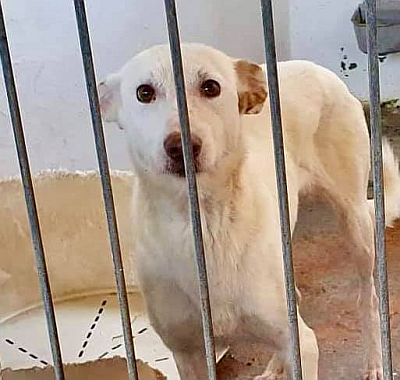 'These two arrived this week. Blanca the white one a female 8 years old. Pinto a male 13 years old. Both from the same owner that had them both all these years) we have the original passport ) who signed them over to the perrera 2 days ago. When this happens there is no requirement to wait 21 days before they can euthanize the dogs.

Who dumps a 13 year old dog into a pound just before Christmas and although I really don’t have space I made it happen. No way were these two going to be left there.

Thank you to Jenny Screen for making the drive down to deliver them to the Finca on Christmas Eve. Also to Pam McLeod of Podencos In Need Scotland who donated 100 euros which paid for their release fee and transport and some left over to help towards veterinary fees.

Both settled in baskets with a thick blanket to sleep on. Blanca has a swollen wrist and can’t bear weight on it so I’ve given her some anti inflammatory and pain relief. Pinto has some lumps that need checking. They are both quite stressed so for now just letting them rest.

What did Blanca and Pinto did so wrong to be treated like this? Well, from now it’s going to a better life for both of you, that I promise.' 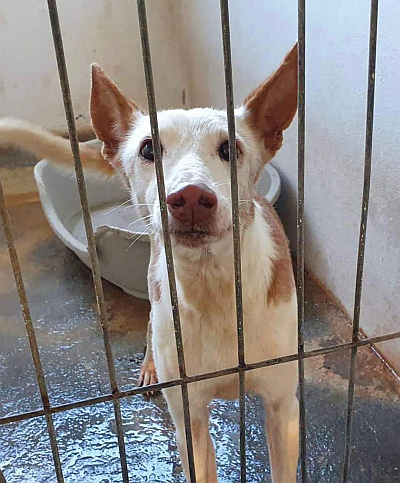