Sick podenco left in a van to die - 12 months prison for the perpetrator!

Here is a link to the story. Below is a translation.

A hunter is convicted of locking their sick dog in a van and not treating him in Casabermeja
Dog status a month after being rescued, before death. /Ladram

Dog status a month after being rescued, before death. / LADRAM - The animal had been diagnosed with leishmania and died within weeks of being rescued by the Ladram association, which denounced the facts

The Criminal Court number 11 of Malaga has convicted the owner of a podenco who died after being locked in his van for several consecutive days in Casabermeja. In the sentence it is considered proven that the man, hunter and rehalero (this is a man who hires out dogs for hunting), was aware that the animal had been diagnosed with leishmania and that it needed urgent treatment to stay alive. The judge imposes a sentence of twelve months in prison and a ban on working in any trade that is related to the treatment of animals. In addition, the magistrate requires him to pay 600 euros to the animal protection association Ladram, whose owners denounced the facts and welcomed the dog, in order to support it.

Continue reading "Sick podenco left in a van to die - 12 months prison for the perpetrator!" »

Galgos and Podencos - galgueros deny cruelty to these hounds!

Visit their online shop to buy - on this weblink 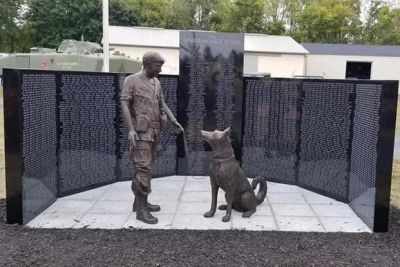 A fitting tribute to the hounds who served in the Vietnam war.

Warning, upsetting photo and story of a podenco shot in the head but rescued.

Galgos Rescue Almeria - a podenco with a special problem

I was recently asked to help a small shelter in Almeria who rescue mainly galgos and podencos. They struggle to raise funds to pay for the many vet fees as most of the dogs arrive with health problems. At the moment there is a galga just arrived and diagnosed witn Leishmania and Ehrlichia.

Here's a story about a podenco with a special health probem.

If you can help Galgo Rescue Almeria, please click on the donate button. Even better, contact them if you would like to offer a forever home to one of their hounds.

Find links to the different groups in your area on this link. Join in with your galgos and podencos.

'It really saddens me that for 2yrs Balu is still with me looking for his forever home. He was offered a home in early February, but this was on condition of a house sale which hasn't happened. So if you wouldn't mind, I really need your help to share him for me His best friend Muttley is going to his forever home next week so he's going to feel a bit lost without him. Balu is such a good dog and deserves so much better. Currently in Southern Spain, but can travel. Totally prepared for adoption, and healthy.' 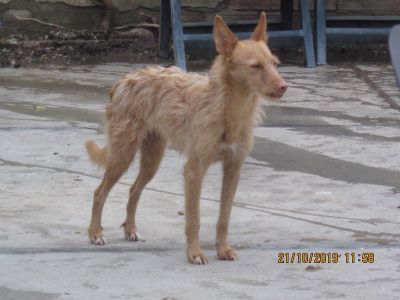 'This cutie is podenca Julia. She was terrified when she arrived in Scooby but with the help of her new galga friends in her kennel and the help of nice treats which she adores, she is recuperating well and the only thing she needs now is a loving family with time and patience to make her life a happy one again. For adoption.'

The dog and the wedding cake!

A story to make you smile. Read the full article here.