Figures for galgos and podencos

This article recently appeared in the Daily Mail UK. However, I would disagree with the figure of 50,000, it is far more, as proven by the figures in this report which I presented to the PAES International Conference for Animal Welfare in 2016.

This is the report I presented to the PAES International Conference on Animal Welfare in Spain in 2016.

Let’s look at estimated ANNUAL figures for uncontrolled breeding of galgos and podencos.

Back in the early 1990’s, a friend of mine who was a Daily Mail staff photographer, was visiting the Castile-la Mancha province. His guide walked him into an olive grove where Jim photographed the olive trees, most of which had a dead galgo hanging from them, which made headlines in the paper.

In 2009 SOS Galgos (Barcelona) claimed on their website that 160 galgos were abandoned every day.
That equates to 58,400 galgos every year, abandoned or dumped in perreras for killing, including reports of galgos hung in olive groves. With all the adverse publicity, the galgueros responded by abandoning their dogs and dumping them in perreras in greater numbers. There are now fewer instances of hangings because – however much the galgueros claim ‘there are no hangings’ – digital photos on the Internet accurately show dates and times and show the real truth. And because now one or two associations are not afraid of instigating court action against these dog-murdering men. And I’m talking about podencos being hung, as well as galgos. 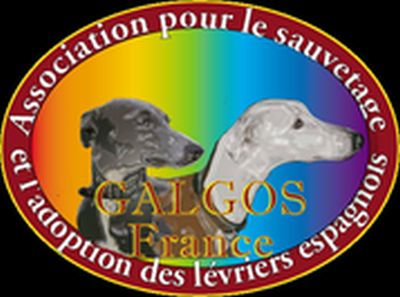 Here is the story of a podenco saved by Galgos France. (photos on this weblink)

'The Adaana shelter, partner of our association, took charge of Broken, a podenca of barely 1 year old. She was in such pain that she could not get up to take care of herself: she was urinating and defecating on herself.

She underwent an old dislocation of the hip and sacroiliac. She underwent surgery to connect the ileum (part of the small intestine) and the sacrum. She has been operated on for a radio-ulnar fracture. She had to have an enema because the hip bone was squeezing the intestine and blocking the pelvic canal. She has evacuated bones and teeth ... She is hospitalized for at least 15 days.

A message for all Spanish hunters

Whatever your age, this is for you!