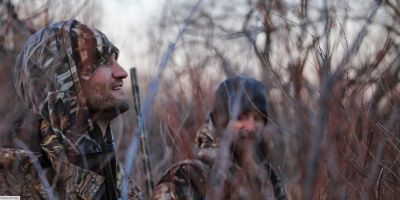 The Hunting Act in Castilla y León (Spain) will be amended to "paralyze any hunting activity until further notice". All this at the request of PACMA (Party of Animalists Against Animal Abuse).

Laura Duarte, spokesperson of the Spanish animalist party, argued that the regulation in question does not comply with the European directive "habitat fauna flora", which applies to all species. Therefore, "if it is not consistent, this paralysis should continue".

Although the councilors of Castilla-y-León are already working with representatives of the PP, PSOE and CIUDADANOS (the main political parties of the country) to "take a decision appropriate and fast". In the meantime, "it is a general test of what will be life in a country without hunting" (Silvia Barquero, president of Pacma).

This is the source of the article, Google English translation below.

The Junta de Castilla y León will amend the Hunting Law before the end of the autonomic legislature after the Castilian Superior Court of Justice issued, at the request of the Animalist Party against Animal Abuse (Pacma), a car that, according to the animalists, "paralyzes any hunting activity until a new order".

The Ministry of Development and Environment of the regional government has opened discussions with various parliamentary groups to get this amendment by decree law or through a bill proposed by these groups.The Minister of Promotion and Environment of Castilla y León, Juan Carlos Suárez-Quiñones, explained on Wednesday in Salamanca that his department is working with representatives of the Popular Party, PSOE and Citizens to "take a proper and rapid decision .

"The court made its decision yesterday, after the Pacma filed an appeal to challenge the regulation of regional hunting, so the suspension affects "all the hunting activity until the dispute is resolved," he explained today Efe Laura Duarte, spokesman of the animalist party.Duarte has argued that the regulation "does not comply with the EU Habitat Directive, which applies to all species", so, "if it is not correct, this paralysis should proceed"." Hunting has not been forbidden, only its activity is impeded until the resource is resolved , " said Duarte, who has asked for "extreme vigilance to prevent anyone from practicing it" until the resolution is known.

However, in a statement released on Wednesday, the president of the Pacma, Silvia Barquero, said that " this is a general test of what it will be like to live in a country without hunting", where "hunters will have to hang their shotguns".Possible prevaricationThat will mean "a huge respite for the animals and people who enjoy the countryside peacefully, without the threat of bullets," he added.

Barquero has also announced that the legal department of Pacma is studying this action in other autonomous communities.

The Royal Spanish Hunting Federation (RFEC), supported by the Castilla y León, has responded with a statement that qualifies the car as "illegal" and ensures that "it is very likely that the TSJCyL has prevaricated" by dictating it, that "it is a manifestly unjust resolution". In addition, it understands that these lawyers "have exceeded their powers" because hunting is an "exclusive competence of the CCAA" and the order "leaves without effect the Constitution and the Statute of Autonomy", the end for which this court "does not He has absolutely no competition.

"Several organizations and entities have also shown skepticism in the last hours regarding the effects of the car.Thus, the College of Forestry Engineers believes that "it has no technical basis" and "incorrectly applies the precautionary principle" and the agricultural organizations UPA and COAG accuse the TSJCyL of "giving wings" to the supporters that "all the field becomes jungle.

"The Artemisan Hunting Foundation has added that the current Annual Hunting Order of the Board remains "fully in force", since the car "does not rule on the merits of a matter that is not yet final" and can be appealed within a period of five days .

In fact, he confirmed that he will be "immediately" as co-defendant to defend the interests "not only for the hunting, agricultural, livestock and tourism sector, but also for the conservation of protected species.

Beryl Brennan on 22 March 2019 in Advice, Campaign, In the media, Regional news | Permalink