From Pyramid to Perrera - The Story of the Podenco - English & French From Pyramid to Perrera - The Story of the Podenco. Get a taster here.

Thanks to Beverley Farmer of Podenco Friends for the beautiful portrait of Jazz adorning the front cover.

Available now only as an ebook, click on this link.

All print copies are sold out in both English and French.

Italian translation in the pipeline.

And don't forget to order Podenco t-shirts and mousepads

Portuguese Podengos with Dogs of Portugal looking for forever homes 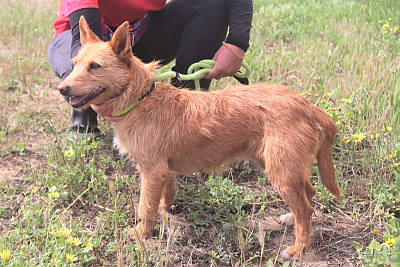 Siri - Portuguese podengo looking for a forever home. Read all about her on this weblink. Please contact Dogs of Portugal direct if you can offer her a place in your heart. 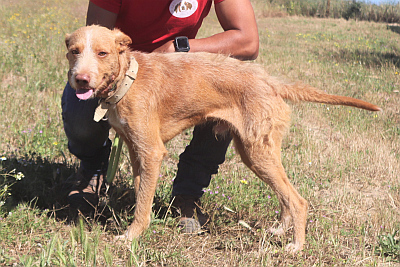 This is Podengo Herby safe with Dogs of Portugal. To read about him and see a video, click on this link. Contact Dogs of Portugal direct if you can offer him a forever home.

I don't know Angelo's story but he is obviously a rescued podenco who needs to learn that not everyone is cruel, that there are caring loving people in the world whom he can trust. If you can help Angelo, contact Protectora Scooby direct.

To neuter or not.

So many unwanted puppies, born because people can't be bothered to neuter their dogs. Or breeders who are after the 'perfect' one which will win Crufts! Or galgueros who want the champion. Thoughtless selfish people who don't really care about the dogs.

Most of the animals I have had in my 70 years have been neutered, dogs, cats, horses. Not the ducks, hens and geese of course!!

Here's an article raising the question 'to neuter or not?'. 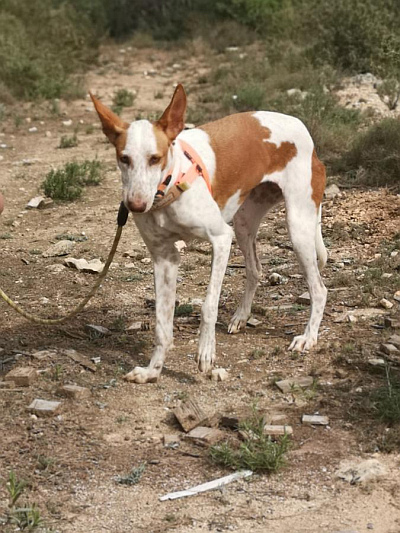 'She is approx 2 years old. She is a little shy but when she gets to know you she is very friendly and loves a treat or 2. She is good with other dogs and loves to play. She does have leishmaniasis however it is controlled with inexpensive daily medication. She deserves a chance as has been waiting well over a year and as she is shy it means she is often overlooked but she just needs a short amount of time and you have a new best friend.'

Please contact Akira Dog Sanctuary direct if you have room in your home and heart for Vera, she is such a young dog. See some more photos of her on this link.

Not podencos but dogs trained in France to sniff out the covid-19 virus. Read the full article in The Connexion here. 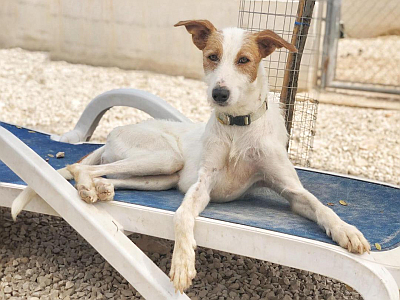 Here's another beautiful young podenca, on the run for months and now safely with Akira Dog Sanctuary. If you can offer the forever home she deserves, please contact Akira direct.

Hayley says 'This is the have lovely Lolita waiting for a home, she is 2 years old. She was known as the elusive Moraira carpark dog as lots of people tried every trick to catch her, even sedatives in the sausages to catch her but she still eluded everyone. She was eventually captured and after a long period of rehabilitation is now able to take walks which she enjoys and be petted and is ready for a forever home.

Her link for the webpage is here: http://www.akira-animals.com/animals/lolita/

They have several more podencos at the Shelter, please take a look.

From Bev Farmer, 'It maybe not a an exciting video but for Gracie its a major breakthrough its taken 10 weeks but finally she is accepting treats from my hand and this opens doors to help with building up her confidence .

Gracie was never used has a hunting dog .. I imagine she was, what we call a finca dog. Left alone usually chained up, a miserable exisitance. Her spinelss owner didnt even have the decency to hand her over to the perrera. She was left tied to the electricty pylon outside it over night and that time of year it was freezing temperatures.. After 10 years she was nothing to them and maybe because she was sick just wanted to get rid of the problem.. No concern for her future or well being, they only thing I can say in their favour she was wasnt thin so at least she was been fed. 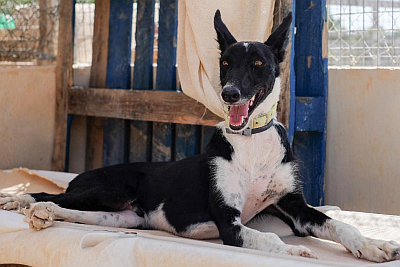 This is podenco Hugo when he was rescued, starving and covered in tick. He's safe now with Akira Dog Sanctuary in Southern Spain. Here's his story. If you can offer him a hearth and a home forever, please contact the Sanctuary direct.

Hugo when he was rescued. 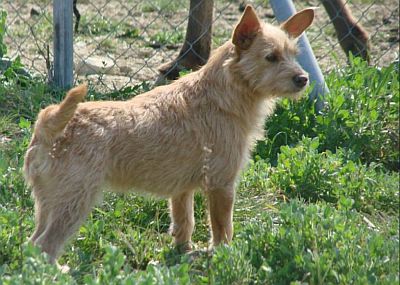 Beryl Brennan on 16 May 2020 in Adopt, In the media, Regional news, Rehoming stories | Permalink | Comments (0)

Pedro the Podenco - a Happy Ending 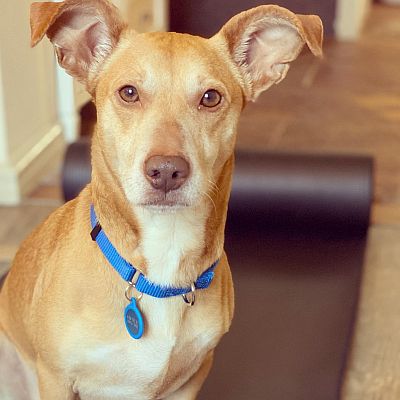 Read the lovely story about Pedro the Podenco from Spanish Stray Dogs.

Beryl Brennan on 15 May 2020 in Adopt, In the media, Regional news, Rehoming stories | Permalink | Comments (0)